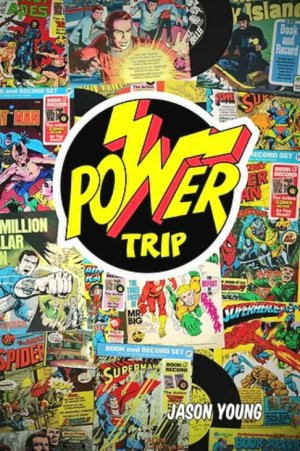 For the last couple of years, Jason Young has been self-publishing some terrific books about the fringes of pop culture where your humble blogger likes to shine his spotlight. He’s done it again with a great look at one of the niche collectibles from the pre-“Me Decade.”

Kids of the 1970s have fond memories of Power Records. Power Records was an imprint of Peter Pan Records, a long-running record label devoted to selling records to children.  They started out by producing kid’s novelty songs and storybook records, but during the 1960s Superhero boom, Peter Pan produced an album of DC superhero adventures, and a few “monster” records, and in the early 1970s they revisited the concept in a big way with the Power Records imprint.

Power Records is most known for producting book and record combo sets that included a comic book, with the best printing on the highest-quality paper that had been used for comics to that date, and a seven-inch single that brought the story to life with voice, music and sound effects, like a short radio play.  The company licensed characters from DC and Marvel, as well as Star Trek, Conan, Planet of The Apes and more. Not only were they beautifully-drawn comics, they were even educational, helping encourage some kids to learn to read.