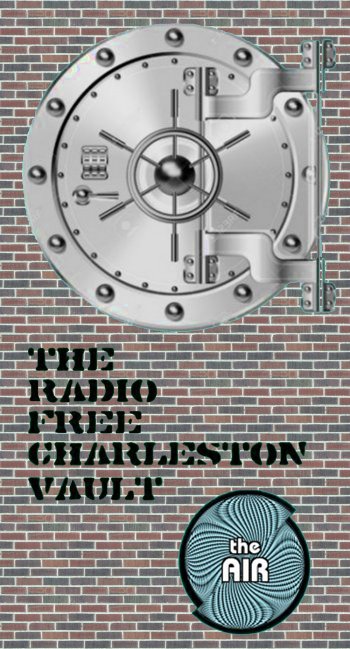 Tuesday on The AIR  we deliver encore episodes of Radio Free Charleston, Ska Madness and The Swing Shift. It’s a block of programs that let you support the local scene, skank a little, chill out a moment and then re-learn how to Swing.  You simply have to point your cursor over and tune in at the website, or you could just stay on this page, and  listen to the cool embedded player right here…

Basically, your humble blogger/deejay is still dealing with Myasthenia Gravis and its very cruel summer, so I’m taking it easy this week so I can feel better this weekend when I go to Kentuckiana in Louisville.  But I’m not just leaving you hanging. Today’s RFC is an episode from February, 2020, which has been offline for just over a year.  This show features our usual mix of fantastic local music and fantastic not-local music. Back when this episode first aired, I didn’t say much about it, opting instead to let the playlist do the talking, so here’s that playlist again…

For those of you keeping track, this show includes 19 West Virginia artists, 4 ex-pat WV artists  3 artists who at least played in Charleston and 13 artists who are NOT local (including one guy who has since lost his freaking mind over the pandemic).

You can hear this episode of Radio Free Charleston Tuesday at 10 AM and 10 PM on The AIR, with replays Thursday at 3 PM, Friday at 9 AM and 7 PM, Saturday at Noon and Midnight,  and  Monday at 11 AM, exclusively on The AIR.

After RFC, stick around for encores of MIRRORBALL at 1 PM, and Ska Madness at 2 PM. At three we have three classic episodes of The Swing Shift.