Longtime mine safety advocate Davitt McAteer pointed out to me that today is the Feast Day for Saint Barbara, the patron saint of miners.  And Sunday is the 108th anniversary of the Monongah Mine Disaster.

Of course, this time of year especially, it’s hard to find a day on the calendar that isn’t the anniversary of one terrible mine disaster or another.  They kind of all run together sometimes, which I guess is part of the problem. The names of the mines and the towns — even the names of the miners — are often forgotten by all of us, except of course our neighbors who have lost fathers, sons, brothers and friends. For those families, the grief goes on and on.

It’s tempting to dismiss the verdict yesterday from the eight women and four men who decided the Don Blankenship case.  Only a year in jail? A misdemeanor?

It’s equally tempting to make far too much of it. A sea change in how coal-mine safety is enforced in this country?

It’s almost as tempting to politicize it. Is Booth Goodwin going to announce his run for governor now? Remember how all those Republicans tried to weaken our mine safety laws?

At the same time, if you look at Brian Ferguson’s photo on the front page of today’s Gazette-Mail, it’s difficult not to see more than a bit of smugness in Blankenship’s grin. After all, when jurors marked only the first of two “objects” of the conspiracy in Count One on their verdict form — and then checked “not guilty” for Counts Two and Three — they knocked the conviction down to a misdemeanor that, yes, carries a maximum prison sentence of only one year.

It doesn’t seem like much when you look at the photos of those 29 men who died at Upper Big Branch.

Now, I don’t know about you. But if I have my choice of no days in jail or a year — or even a day — in jail, I’ll take no days in jail, thank you very much. And remember that we don’t have much of any idea at this point how the potential fine — up to twice the financial gain or loss from Blankenship’s conspiracy — might shake out. 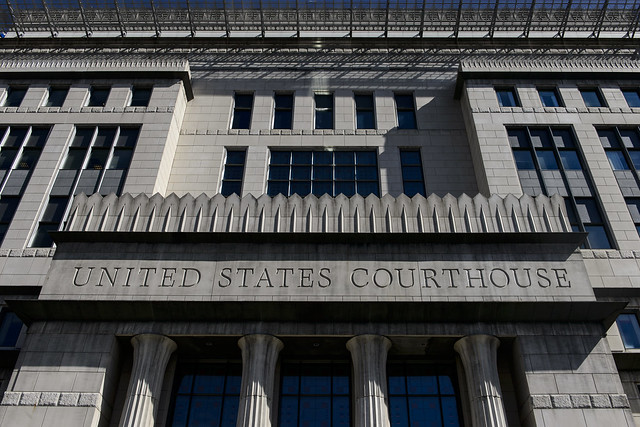 There will be a lot of second guessing about the case now. Every lawyer in town will know how prosecutors could have done a better job. Blankenship’s defense team will push their position that there was never any case anyway, and it shouldn’t been brought or tried in the first place.

But I’m reminded of a piece I wrote a few years ago about how journalists cover the coal industry, focusing on why we allow ourselves to get tied into knots comparing the numbers of violations various mining companies and specific mines receive — instead of just asking the basic question of why any violations of the law at all are acceptable in an industry where the margin for error is so small and the potential for disaster is so large.

Which is why it’s worth remembering — as U.S. Attorney Goodwin and lead prosecutor Steve Ruby reminded us yesterday — that Congress has decided that the policy of this country is that willfully violating the federal standards intended to protect the health and safety of coal miners is a misdemeanor. If you don’t understand that word, it means “minor offense” or “lesser crime.”

Goodwin and Ruby can’t change that. But there are a few West Virginians who can — Sens. Joe Manchin and Shelley Moore Capito could help do that. So could Reps. David McKinley, Alex Mooney and Evan Jenkins.

In our paper today, though, you didn’t see any sign from any of those elected officials that even talking about that issue was something they wanted to do. As David Gutman reported:

Sen. Joe Manchin, D-W.Va., who was governor at the time of the explosion and has publicly sparred with Blankenship, said the verdict signaled that West Virginia will not allow profits to be prioritized over safety.

“I am pleased the jury’s decision has brought some measure of justice to one of the most tragic mining disasters in recent history,” Manchin, a Democrat, said in a prepared statement. “I hope that today brings some closure and peace to the families of the miners.”

… Ashley Berrang, a spokeswoman for Sen. Shelley Moore Capito, R-W.Va., said Capito respects the jury’s decision and added, “Nothing can make up for the heartache felt by the families of the 29 hard-working miners who lost their lives on that tragic day.”

West Virginia’s three Republican congressmen would not comment on the verdict, and neither would the state’s Republican Party leadership.

West Virginia political leaders can certainly rush to defend the coal companies from any potential new regulations, but when it comes right down to it, it’s hard to find them really in any big hurry to do much of consequence to hold the executives who run those companies accountable for their safety practices.

Take our Democratic governor, Earl Ray Tomblin. He couldn’t be bothered to say anything about the Blankenship verdict. His legislative response to Upper Big Branch was to start drug testing coal miners — when he and everyone else involved in that legislation knew that drugs had nothing to do with the mine disaster. And when miners die on the job, Tomblin seems to fall back in time to 1968, making it sound like these things just happen and there’s little anyone can do about it.

At its very core, it is this acceptance of our state’s lot in life that the prosecution of Don Blankenship sought to change. Those 12 jurors did their job in that regard.  The rest of us can keep arguing all we want about mining permits and carbon dioxide regulations, even about proximity detection systems or coal-dust limits. But until the state’s political leaders and its people catch up to the jury on one simple notion — that running a coal company where violating safety laws is part of the business model is a serious crime — nothing here is really going to change.