Today is Turkey Day (AKA Thanksgiving), and breaking with our tradition, The 2021 PopCult Gift Guide offers up five horrible gift ideas, which some may consider “turkeys,” and others may call “white elephants,” but for folks with just the right sense of humor, these are great gift ideas that prove that it’s the thought that counts, even if those thoughts are a little dark. Some might call them “gag gifts,” but others might find them to be the greatest gifts of all time.

HELL IS OTHER PEOPLE WELCOME MAT
from Archie McPhee 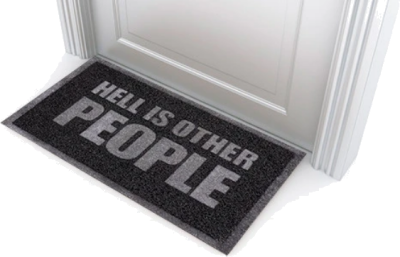 What says “Happy Holidays” better than a welcome mat emblazoned with one of the most famous near-quotes from famed jolly existential philospher, Jean-Paul Sartre?

You could get a sign that says “No Soliciting,” but this Hell is Other People Doormat does the job better! If you don’t have a moat and drawbridge in front of your house, you need something to let people know how you feel about interruptions. As Jean-Paul Sartre cheerfully said, “Hell is other people.” When we read that, we thought it would make an excellent “welcome” mat! Okay, so maybe it’s more of an unwelcome mat, but those have their uses too. If you know a grump, put this 22-1/4” x 14-1/2” PVC mat outside their door to warn visitors that the person inside would rather be alone.

Currently on sale for under ten bucks, but even at its regular price it’s a steal!

Yodeling the Classics
by Mary Schneider
Available from Amazon 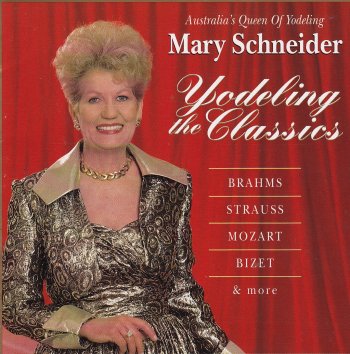 You probably have somebody on your holiday shopping list that deserves this album. Let me tell you about the singer…

The youngest of five musical children, Mary Schneider’s father died when she was one year old. She began playing the ukulele at age four and caught the yodeling bug at six, probably from her German/Bavarian background. All her brothers and sisters would sit around the kitchen table every night and sing wonderful four-part harmonies. Music was important in their household. As a child, she would practice yodeling while sitting up in a mango tree in the backyard of her Queensland Australia home.

Mary began singing professionally at age 11. Her performing career really began when, as the Schneider Sisters, Mary and her sister Rita had an Instrumental/Vocal Variety Act. They first recorded regularly for EMI Regal Zonophone and then had a long and successful career together. They appeared regularly on TV and at Venues and Clubs throughout Australia and Overseas.

Through the years, Mary developed into an accomplished musician and singer, taking operatic training and working on TV and Radio all over Australia and the Far East as a Jazz and Country singer. Her love of jazz developed through her brother who was a jazz guitarist in the style of Django Rheinhardt.

With an unquenchable combination of a powerful voice and vibrant personality, she has been in constant demand for personal appearances and recordings. However, a frantic schedule of stage and media work kept her away from recording for many years until the 80s when she was persuaded to return to the studio to cut some yodeling albums. These featured a mixture of Country, Novelty and European songs which not only established Mary internationally as a yodeler of top quality but also triggered a yodeling revival. Mary has been recording ever since, and at present, is in the midst of a new Album.

A major turning point in Mary’s life began when one night she dreamt she was walking down a marble staircase – not only singing an Operatic Aria but yodeling it as well. “Yodeling The Classics” was born! A WORLD FIRST! “Yodeling The Classics” has been an important step in her career and made her a cult figure throughout the World. Mary’s Albums have earned her gold and platinum status and she has been featured in the prestigious Guinness Encyclopedia of Popular Music.

This is the album which, depending on your tastes, is an astonishing work of art, or something you could use to clear your house of unwanted guests…or maybe strip paint off the walls.

Just listen to this sample… 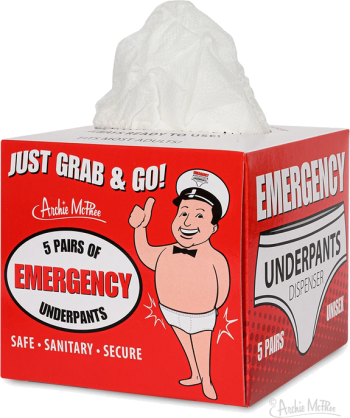 These 3-1/2″ boxes look a lot like tissue boxes, but instead of tissues, they dispense polyester underpants! If you want to be extra safe, you should keep one by your bedside, one at work and one in the car. Each box contains five pairs of disposable unisex underwear that will fit most adults.

We all know somebody who could probably use this.

Even if it is giving underwear as a Christmas gift. 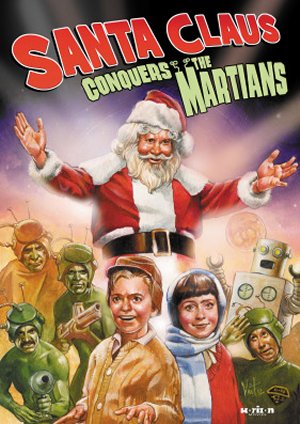 Okay, some movies are so bad that they’re good, and some movies are just bad. Santa Claus Conquers The Martians probably falls into the latter catagory, but it is a holiday favorite for some ungodly reason, and for sheer “gag gift” yucks it can’t be beat.

Just make sure you leave the party before somebody pops this in to watch.

Renowned as a holiday cult classic, SANTA CLAUS CONQUERS THE MARTIANS is one of the most amusing films ever made.

Made in 1964, this sci-fi holiday treat entered the cult canon when it was featured on an episode of Mystery Science Theater 3000. It tells the story of the depressed children of Mars, who can only be brought out of their funk through the jolly cheer of Old St. Nick. So the Martian leaders travel to Earth and kidnap two local kids (one played by an 8-year-old Pia Zadora) and Kris Kringle himself. Brought back to the Red Planet, they are forcibly installed in a factory to make toys. But you can’t manufacture happiness, with Santa having to teach his alien overseers the true meaning of Christmas.

Filled with kitschy set design, outrageous costumes and amiable acting, SANTA CLAUS CONQUERS THE MARTIANS is nonstop fun, and is worthy of its status as a holiday staple.

So they say it’s good, and I say, maybe not. You’ve been warned.

The Ed Wood Collection – A Salute to Incompetence
Available at Amazon 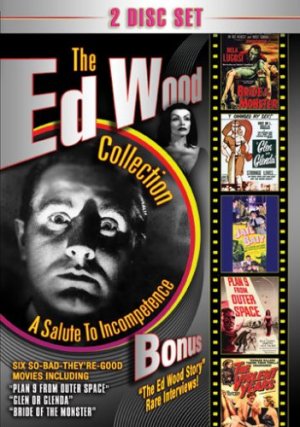 You probably have a film buff on your shopping list who would be downright mortified to receive this as a gift.

Ed Wood is, of course, the celebrated master of making movies so bad that they are hilarious to watch.

This collection includes fan-favorites such as “Plan 9 From Outer Space” and the gender bending “Glen or Glenda”. It also includes “Night of the Ghouls”, “Bride of the Monster,”  “The Violent Years” and “Jail Bait.” The movies run the gamut from hilariously bad to only mildly amusingly bad.

This DVD also includes a bonus feature, with interviews of close friends of Ed Wood Jr., including Johnny Depp (who never actually met Wood, but did play him in Tim Burton’s movie about Wood).  While it’s a brilliant gag gift for an aspiring filmmaker, there is much to be learned by watching Wood’s work…and never, ever trying to do anything the way he did.

There are your bad gift ideas. Just remember, as I said above, you’ve been warned. This might result in your giftee being extremely amused, or they might as cause you to be disinherited.